Detroit, MI. home of Motown, the automobile capital of the United States, and known as the first city to ever pave a road. Detroit is also the birthplace of Techno.

For techno lovers, there is no better homecoming than to the techno only festival Movement in Detroit. Returning for it’s 11th year, this year features the largest lineup the festival has ever seen.

Movement features live acts from originators of the music genre. The lineup features some of the biggest names in techno including Adam Beyer, TestPilot which is the side project of Deadmau5, Thundercat, Carl Cox, Nicole Moudaber, Robert Hood, and the legendary Belleville Three. Movement also features a dope hip hop lineup which includes artists such as Danny Brown, Earl Sweatshirt, and Juicy J.

Located at the famous water front Hart Plaza, the outdoor venue features monuments, fountains, and art instillations. With close proximity to downtown Detroit, you will have places to pregame before the festival as well as where to celebrate the after party.

Plan out your weekend below: 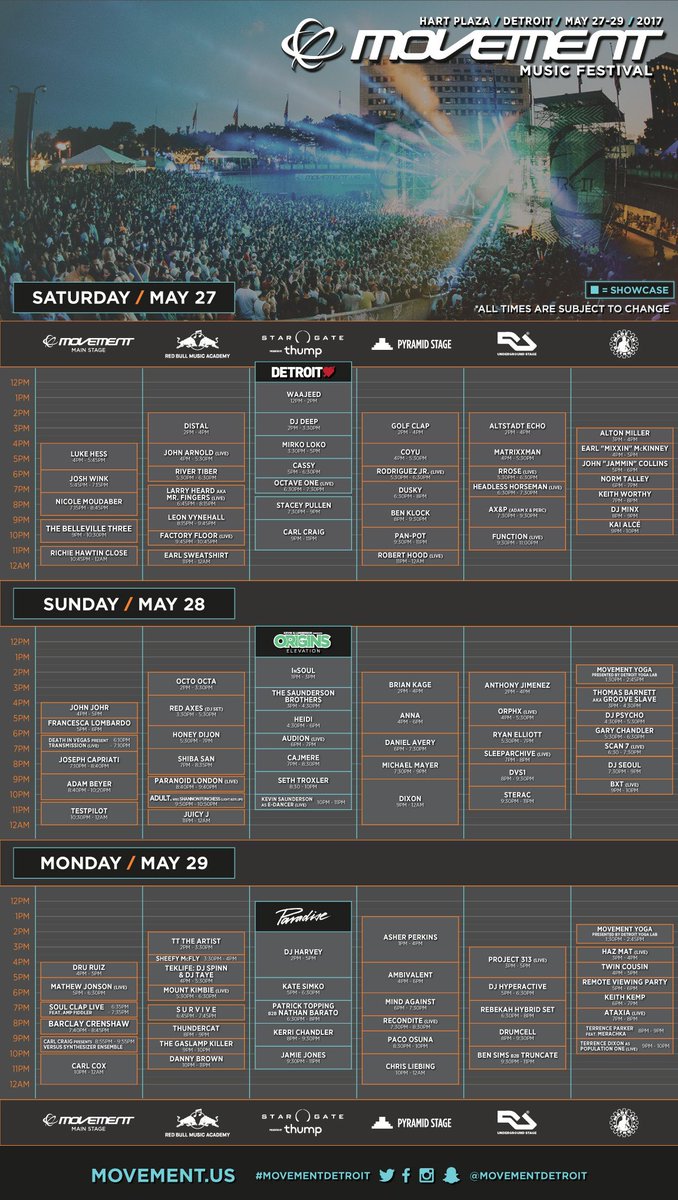 10 Artists You Can't Miss at Paradiso